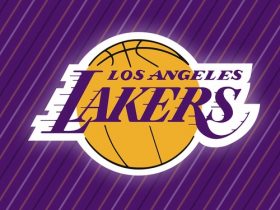 The novel Coronavirus brought the entire world as we knew it to a screeching halt, canceling or postponing large gatherings of any kind, one of which is the NBA Playoffs. Following Utah Jazz player Rudy Gober’s contraction of the virus on March 11th 2020, the NBA decided to postpone the entire season, not knowing if or when it would return. It had 8 games remaining in the regular season, leading up to one of the most anticipated playoffs in history with standout teams like the Los Angeles Lakers, Los Angeles Clippers, and the Milwaukee Bucks. On June 4th, 2020, The NBA announced that it would return on July 30th, but with a few modifications. In order to manage coronavirus among players and staff, the NBA decided to play in a bubble at Disney World in Orlando, Florida, meaning nobody comes in and nobody comes out and with no fans. The total time elapsed over the break between cancellation and return was 141 days, resulting in a question as to how this break will affect the upcoming games.

Some NBA analysts believe that this break is like a mini offseason, resulting in teams playing better because of the time they got to rest, and according to Shaquille O’Neal, former NBA Champion, “Any team that wins this year, there’s an asterisk. They’re not going to get the respect.” People like Him believe that the team who wins this year was given an unfair advantage compared to all previous winners because they were given time off to rest before the playoffs. In the past, the playoffs were extra hard because it came after an 82 game season, so players were exhausted mentally and physically, and In some people’s eyes, that exhaustion was no longer there.

This year’s NBA playoffs were surely unlike any other that had ever been played. The solitary of playing in a bubble had a major effect on players and staff alike because they were unable to see their families for the majority of the time in there. To many of the players, the bubble made the playoffs harder mentally, because, in the past, they had their families and friends by their side to help them through the battle that was the playoffs. Fans also played a huge role in the past by pumping up the players and bringing the energy to playoff games. “Players like Pat[rick] Bev[erly] rely on the hype from the fans, so with no fans, it is so much harder for the Clippers to win.” says a long time Clipper fan, Jacob Marion. He poses the argument that being in the bubble makes the fight to win that much harder.

When you take into account the time off to rest, the solitary, and the no fans, it’s up to you to decide if that made it harder to win, or easier. It is with no argument that the 2020 NBA playoffs is the most strange compared to others, but whether or not the championship is validated depends on how you see it. 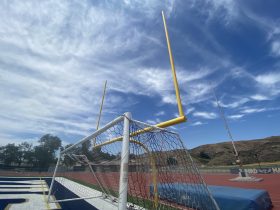