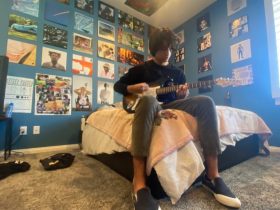 2020 was a complicated year, to say the least, during which we had to sacrifice some of the best places to go to have a good time; theme parks, concerts, and movie theaters all had to be put on hold while we tried to get a pandemic under control. While there was not much else to do about theme parks or concerts, the issue about the release of new movies was still up in the air. Many studios opted to postpone their releases for a later date, some releases being pushed back almost two years in the future. Other studios chose to release their films with a limited release in theaters that were still open, at the same time as they were to be released on streaming services. Some movies were given special treatment and given a traditional theatrical release in theaters. Recently, Warner Bros released a statement saying that their entire 2021 film slate would be released on their brand new streaming service, HBO Max. This is an unprecedented move, and before now it was quite possibly unthinkable by many. How could Warner Bros’ decision affect the future of watching movies, and could this be the final nail in the coffin for movie theaters?

First I would like to point out how much of a baffling move it was on Warner Bros’ part to release all of their films on their streaming service, as they released a handful of films during the height of the coronavirus crisis with fair commercial success. Tenet, one of the most anticipating blockbusters of the year, made a staggering 362.9 million dollars, an impressive figure even before the pandemic because the film is not based on any sort of franchise nor does it feature any relatively high profile actors. If a film like Tenet could find this amount of success during the quarantine season, why would they opt to release all of their films on demand, especially when their 2021 film slate is full of highly anticipated films such as James Gunn’s the Suicide Squad, the fourth Matrix film, a Space Jam sequel, and Dennis Villenueve’s Dune. Three of those films come from already well-established franchises and all feature star-studded casts from Lebron James to Timothee Chalamet. Releasing these films on demand at the same time as their theater release would certainly result in a loss for the studio financially, making the idea that this decision was made to promote a streaming platform all the more ridiculous. However, this is the decision that Warner Bros has made, and we have yet to see what kind of consequences it will have.

Although this decision was perhaps not the most financially sound, or business-friendly for the veteran studio, it is my full belief that this decision was the most consumer-friendly decision they could have made. The death of the movie theater has seemed to be the talk of the town in recent years, even before the pandemic. Declining ticket sales, increased ticket prices, thirty dollar boxes of popcorn has made the theater-going experience all the less desirable for the public, and this can be directly attributed to the rise of online streaming services. The idea of the streaming services such as Netflix, Hulu, and Amazon Prime has created a new attitude towards watching movies: “Why must I go to a movie theater to watch a movie when I can watch the same movie in the comfort of my home?”. When people made these realizations, they stopped going to theaters as much, and in return, theaters had to find ways to bring people back through many gimmicks such as reclining seats, food brought to you, and some theaters have considered creating screening rooms for the bottom feeders of society who decide to be on their phone during the entire movie. And if they could not bring more people back in through those means, at the very least they would attempt to earn back their losses by charging more for everything: tickets, popcorn, drinks, etc. Those measures have only further discouraged the public from going to theaters and staying at home to watch a movie.

The situation outlined above may seem like reason enough to believe that Warner Bros’ new decision may spell doom for the movie theater, however, consider the following. I like to think that there are really two types of films: those that must be experienced in the cinema, and others that perhaps you may be better off watching at home. Let’s take two different movies, one released before the pandemic, and one released during the pandemic which was given a theater release at the same time as it was made available on HBO Max: Avengers: Endgame and Trolls: World Tour. Many of us have probably seen Avengers: Endgame, at it is probably likely that many of us saw it in the first few weeks of its release, and we can all agree that the experience of being inside that theater during the movie was a truly unique experience, a theater room filled with an audience that is fully immersed in the story and the characters, it is truly unthinkable to imagine seeing it in a different setting. On the other hand, I doubt many of us have seen Trolls: World Tour in theaters, and if some of us have, I doubt you would say that the theater experience was truly special, outside of some very noisy children crying. How does this connect to the streaming service issue? We can all think of one or more instances when our movie experience was ruined by someone taking a phone call during a movie, texting all throughout, or a loud group of people chatting away the entire runtime; in essence, people who seem to go to movies primarily just to have something to fill up time and not actually sit down and experience a film. With Warner Bros’ decision to release their films in theaters and on HBO Max at the same time essentially thins out the herd. Those who just want to see a movie for the sake of filling time can now stay home, and make the movie experience more pleasant for those who want to sit down at a cinema and experience a film. When the quality of the movie-going experience improves, more people will come out to see the films at the cinema, which will in return lead for theaters to lower their prices, especially since Warner Bros policy is to not charge theaters as much to show their films when these new films are released, which in turn will attract more people back to the theater.

Drastic as it may be, I do not believe Warner Bros’ decision is not the coffin nail for the cinema, but rather it is a breath of fresh air. I hope to see that in the future the mass audiences will once again take a bigger interest in film, as it is a truly unique medium with the power to bring dozens of strangers together to sit down and watch as a story and its character unfold before their very eyes. 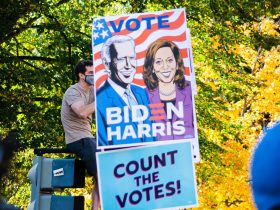